The ‘second term syndrome’ seems to have sunk into the minds of both the current US President Joe Biden and former President Donald Trump, anxious to occupy the White House again from where power flows, global attention follows and decisions affecting the world are made. 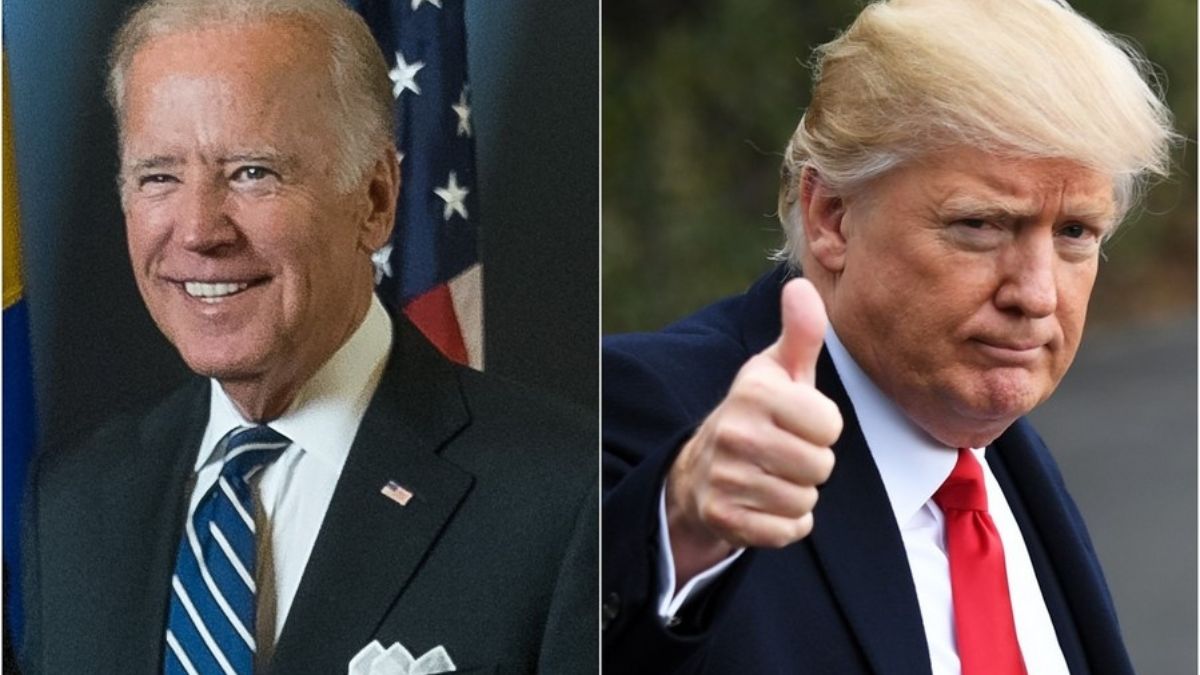 The ‘second term syndrome’ seems to have sunk into the minds of both the current US President Joe Biden and former President Donald Trump, anxious to occupy the White House again from where power flows, global attention follows and decisions affecting the world are made.

Both Biden (80) and Trump (76) are aging politicians who will be 82 and 78 when they run for the White House in 2024 and generally not favoured by either the Democratic or Republican voters, who both want a younger face like Ron DeSantis, the Republican Florida Governor who won a spectacular race, and Democrats — California Governor Gavin Newsom and Vice-President Kamala Harris, all in their 40s and 50s.

Biden has announced his intent to run but he has not made a formal decision or announcement to oppose Trump, though majority opinion in the Democratic party is that if either Trump or DeSantis were to win the primaries, Biden is most favoured to beat them both by a larger margin in case of the former and probably by a smaller margin the latter.

Even as the Democratic National Congress awaits a formal announcement from Biden, a flurry of candidates are already lobbying with their donors and preparing for Plan B, should Biden choose not to contest on health grounds.

Though Biden has been successful in stemming the tide of the Republican Wave against his inept handling of the inflation issue, voters had abortion rights and jobs and election deniers as a threat to democracy uppermost in their minds while voting.

While 61 per cent of the Republicans want Trump to run, there is a doubt if he will even make it to the primaries because billionaires and donors and media barons see a great future for the GOP in DeSantis rather than Trump. In fact, billionaire media baron Rupert Murdoch lampooned Trump in his networks from Fox News to the New York Post to Wall Street Journal running edits against him as a liability for the party with his legal baggage. Post-November midterm polls show a seven per cent rise in popularity for DeSantis against Trump.

Trump has to contend with the January 6 panel hearings of his alleged involvement in the Capitol Hill’s insurrection, face the tax fraud evasion case with the New York Attorney General Letitia James (Democrat) suing him for $250 million in punitive damages for tax fraud, obtaining loans from banks on fraudulent claims by inflating its property values, and the Department of Justice chasing him for the 11,000 top secret documents he spirited away to his Florida home instead of handing them over to the National Archives. This is not going to be easy for him, media reports say.

The BBC of the UK says Biden is the oldest President in US history and his approval ratings have stalled in the low 40s. Is President Joe Biden ripe for a primary challenge in 2024, the network asked?

With both of them being too old and voters wanting a young energetic President, there is a chance for a lot of young liberals to make it to the primaries. Starting with Vice- President Harris.

Perhaps nobody would benefit more from an aging President stepping aside than his Deputy Kamala Harris, says BBC, adding a former prosecutor who went on to serve as California’s Attorney General and as its junior US Senator, the 58-year-old broke glass ceilings in 2020 as the first female, black and Asian-American Vice-President in the US history.

Last year, she briefly served as acting President in the 85 minutes it took Biden to undergo a colonoscopy. Problem here is that Harris is even less popular than the President and some voters have even questioned her competence.

Since assuming office, she has been given some of the administration’s toughest portfolios — influx of immigrants at the southern US border. Conservative critics have accused her of awkward public appearances. High staff turnover and reports of low morale in the Vice-President’s office have only made matters worse, the network claimed. But her supporters have claimed she has been a victim of misogyny and sexist slander.

Gavin Newsom: He is in the spotlight among the Democrats garnering a lot of attention in the 2024 buzz for presidency. Newsom, 55, came into national focus when he issued the same-sex marriage licenses in 2004 in utter violation of the state law as the Governor of California. He is a wine merchant who strayed into politics and made it good when he was elected Governor of his home state in 2018. Soon enough he became champion of the progressive campaign against the conservative Trump administration.

He has earned considerable admiration for his assertive leadership when the Covid-19 pandemic broke out. But he was also caught-on-camera on the wrong foot at a dinner in which he flouted his own Covid rules leading to a call to end his governorship before his term ended.

Finally, defeating the Republican-led recall, Newsom has just begun his second term as the California Governor having won impressively in the November midterms.

Newsom has a massive campaign war chest and the backing of major Democratic donors, but it is his willingness to pick fights on the national stage recently — from launching ads in Republican-held states like Florida and Texas to criticising his own party for its weak messaging — that is drawing attention to his future ambitions, BBC said.

Pete Buttigieg, the Transport Secretary, is now attracting a lot of attention among the Democrats. In 2020 he was among 28 candidates who ran for the primaries seeking candidacy in 2020. Pete Buttigieg was the only star that shone at the time, though he lost the bid.

The 40-year-old out-performed seasoned politicians before dropping out of the race and endorsing the eventual President, media reports said.

Buttigieg is young, dynamic, suave, sophisticated and polished in his speech. Voters gravitated towards the Harvard graduate who attended Oxford on a Rhodes scholarship and served with the US Navy in Afghanistan. He is however tainted by his gay leanings. Dubbed “Mayor Pete” by his supporters, Biden chose him as Transport Secretary.

Bernie Sanders: If Biden is being thought of as old, then Sanders is an 81-year-old Senator from Vermont. If he is to be a Presidential runner, it does not make sense. But many voters perceive the experienced lawmaker with a long tenure in the Senate as the frontrunner for a growing left-wing movement in the country.

It may be recalled that Sanders, an independent candidate from Vermont, who always votes with the Democrats, nearly beat the odds in the 2016 presidential nominating contest against Democratic heavyweight Hillary Clinton, BBC recalled.

Other presidential hopefuls in the Democratic party are: Alexandria Ocasio-Cortez: She is known to her legions of adoring fans as “AOC”, the youngest woman ever to serve in Congress. She will turn 35 — the minimum age to be the US President — one month before the 2024 election. Ocasio-Cortez has big plans for America and her popularity is ever growing with the supporter base expanding. She has avoided questions about her future, telling GQ recently that her time as a lawmaker has given her “a front-row seat” to the misogyny of American society.

Ro Khanna: A self-acclaimed “progressive capitalist”, the Indian-American lawmaker represents the heart of Silicon Valley in Congress. He has indicated he will not run if Biden is the nominee.

Elizabeth Warren: The 73-year-old Senator from Massachusetts is champion of the Left movement against the Supreme Court turning down the Roe Vs Wade case and stands staunchly for abortion rights.

Gretchen Whitmer: The 51-year-old from Michigan faced a kidnapping plot in her first term as the state’s Governor, then swept through the re-election in the midterms. She says she has no plans to ever run for President.