An inspired second-half performance by Bharat powered the Bengaluru Bulls to yet another comeback victory in the Pro Kabaddi League (PKL) Season 9 as they defeated Dabang Delhi K.C. 52-49 at the Gachibowli Indoor Stadium on Sunday. 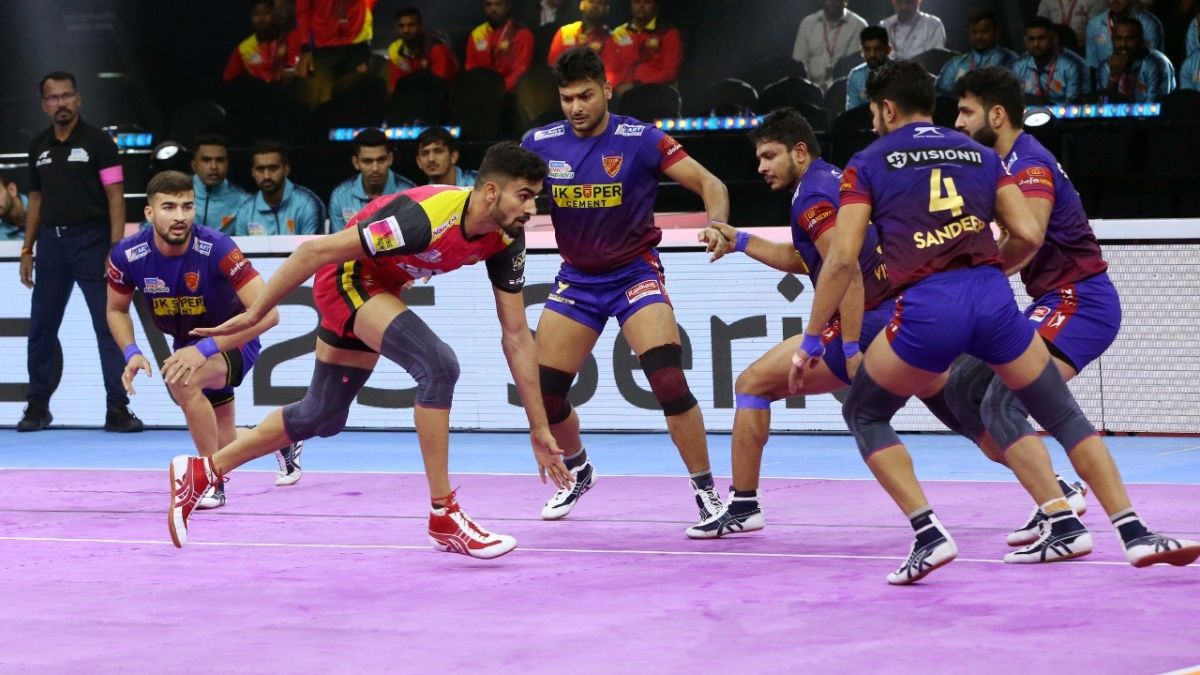 An inspired second-half performance by Bharat powered the Bengaluru Bulls to yet another comeback victory in the Pro Kabaddi League (PKL) Season 9 as they defeated Dabang Delhi K.C. 52-49 at the Gachibowli Indoor Stadium on Sunday.

Bharat’s superb haul of 23 points, the most by a raider in a single game this season, were supported by Vikash Kandola’s 10 as the Bulls took a valuable win.

Delhi’s Naveen registered a mere two points in the first half, but around him, everyone thrived. Ashu Malik and Vijay Malik ran riot through a porous Bulls defence racking up touchpoints with ease.

At the other end, Amit Hooda and Vishal were exemplary in containing Bharat and Vikash Kandola — the defence chiefly responsible for the huge gap in points.

The team from the capital city registered its first All-Out of the evening within eight minutes to go into a 13-7 lead. The pattern continued and with five minutes left as they inflicted a second All-Out to surge into a 13-point lead.

However, Bulls’ Kandola pulled off a Super Raid on Sandeep Dhull, Vishal and Ravi Kumar just before halftime, but Delhi still held the lead at 25-16.

The Bulls raced out of the blocks in the second period and inflicted an All-Out of their own to cut down the lead to 27-18. At the key moments though Dabang kept the pressure on as they got their third All-Out of the evening to wrest back a 10-point lead.

The final five minutes were a frenzy of points, the Bulls famed for their comebacks this season sticking true to form. Bharat, in particular, was sensational, picking up multiple points with almost every raid, and single-handedly destroying Delhi’s lead.