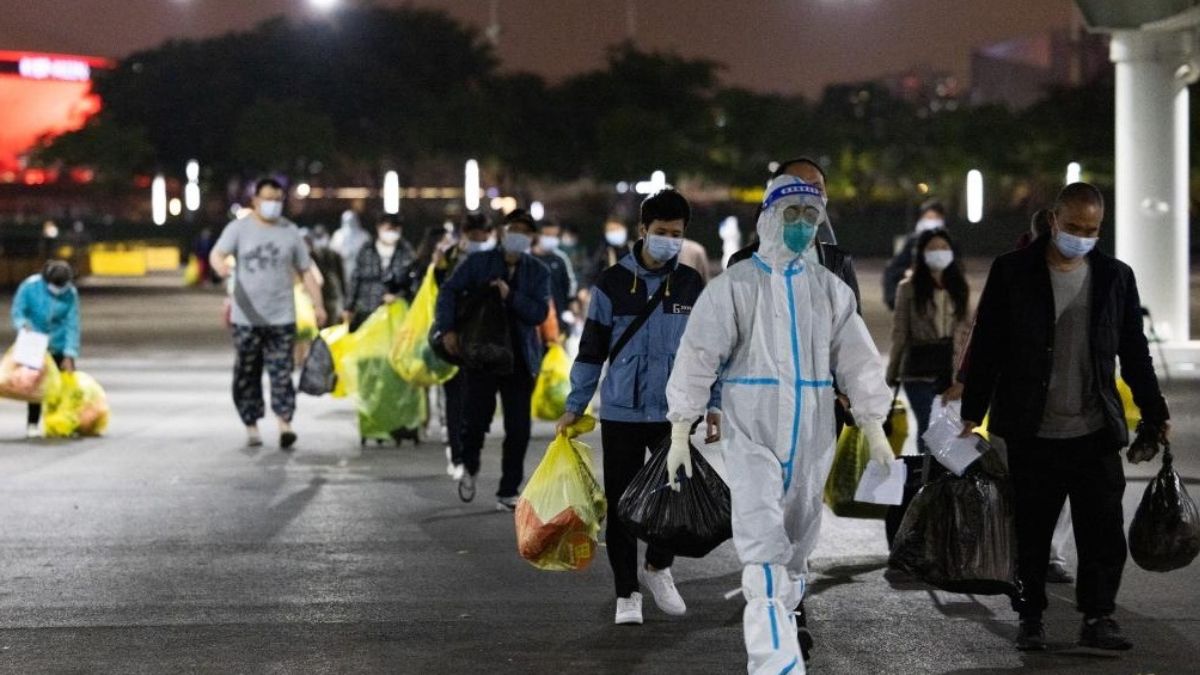 Thousands of protesters turned out in Shanghai, where people were bundled into police cars, BBC reported.Students were also seen demonstrating at universities in Beijing and Nanjing, among other places.

The latest unrest follows a protest in the remote north-west city of Urumqi, where lockdown rules were blamed after 10 people died in a tower block fire, BBC reported.

Though Chinese authorities denied that Covid curbs caused the deaths, officials in Urumqi issued an apology late on Friday, pledging to “restore order” by phasing out Covid curbs, the report said.

People were seen holding blank banners, while others lit candles and laid flowers as a mark of tribute to the victims in Urumqi.Such demands are an unusual sight within China, where any direct criticism of the government and the President can result in harsh penalties, BBC reported.

Demonstrators who led anti-government chants were taken away, and punched or pushed up against a police car in some cases, the report said.Meanwhile, Beijing on Sunday promised to ban the practice of barring building gates in closed-off residential compounds.