Uorfi Javed took to her stories to lash out at Chetan Bhagat after he claimed girls like her distract the youth. She also called him a ‘pervert’. Taking to her stories, Uorfi Javed, who garners attention for her sartorial choices, shared a series for messages directed at Chetan Bhagat. Recalling how the author was accused by several women of misconduct during the MeToo movement, she wrote, “Men like him will always blame the women than accepting their own shortcomings!! Just because you’re a pervert doesn’t means it’s the girls fault or what she is wearing! Unnecessarily dragging me in a conversation, commenting on how my clothes are distracting young boys is such a f**ked thing to say!! You msging young girls isn’t a distraction for them tho (sic)?” 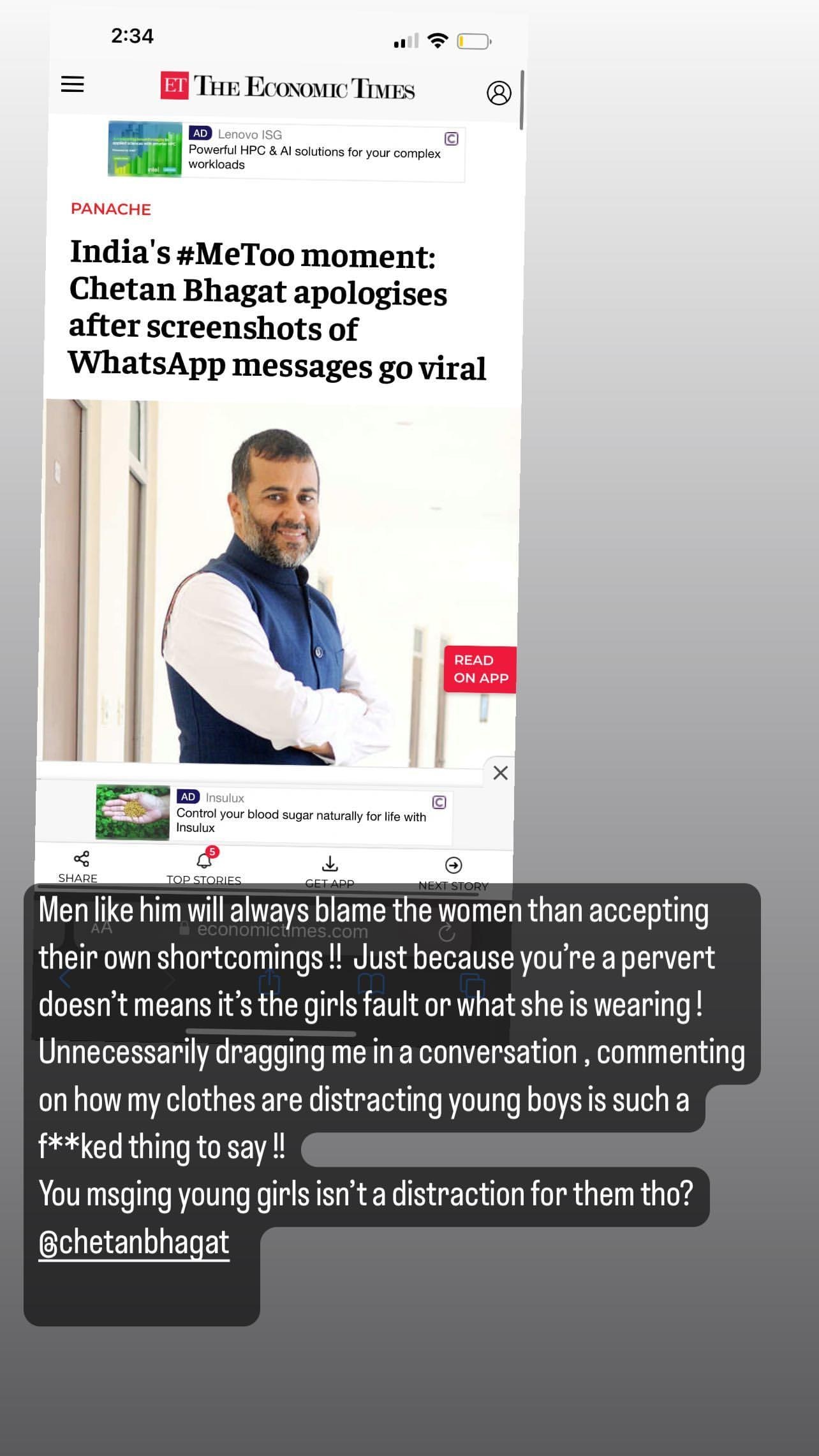 “Stop promoting rape culture you sickos out there! Blaming a woman’s clothes for the behaviour of men is so 80’s mr @chetanbhagat. Who was distracting you when you msged girls half of your age? Always blame the opposite gender, never accept your own shortcomings or faults! People like you are misguiding the youth not me. Encouraging men to put the blame on the women or her clothing when they are at fault,” she further wrote.

She has shared these about Chetan Bhagat WHAT HAD CHETAN BHAGAT SAID